“Genesis 1:8 And they heard the sound of the Lord God walking in the garden in the cool of the day, and Adam and his wife hid from the presence of the Lord God among the trees of the garden. 9 Then the Lord God called to Adam and said to him, “Where are you?”10 So, he said, “I heard Your voice in the garden, and I was afraid because I was naked, and I hid.”

I could not understand why God asked Adam and Eve where they were; He is God and knows all. I believe He was asking them where they were spiritually and mentally, and what caused them to hide from Him?

Adam and Eve saw their nudity and hid because they were ashamed; Adam said, “I was naked, and I hid.” His wife also tried to cover their nakedness behind fig leaves; we too hide our family secrets behind something because we are ashamed. I hid from God behind a religious mask I acquired from tradition and culture. I was hiding my shame and nudity, and I was unknowingly worshipping false gods. I also tried to appease God as the ancient Greeks did when they worshiped their gods, and they had many gods as people still do today. Zeus and Venus were the gods the Romans set up in the Temple of the Lord; they sacrificed to these gods to appease them for sustainability and power. I hid the real Person behind a false Person, a person I didn’t even know. I was a stranger to Yahweh, the only One true God and myself!

I intentionally spent Christmas Eve alone, and I was okay. There was no family feud; I spent it alone for no particular reason. I asked myself, “What is right with you?” I was in a good place emotionally, and it was peaceful. When I scrolled down FaceBook Lane, I smiled and awed at all the beautiful family photos. I was okay, and I thought that it was pretty awesome. I was able to enjoy myself on a day that traditionally celebrated with alcohol, drunk talk, arguments, tears, and or violence; I remember having anxiety when people just had small disagreements. I always struggled during holidays because of these, and I could not have done this without the grace of God, and I thought that was pretty awesome.

Since I have returned to school in 2014, studying Behavioral Health, I have concluded that I was an emotional train wreck. Moreover, I almost lost it after realizing what I had allowed in my life was not God’s intentions for me; this reality hit me hard. I went through shock, anger, mourning, forgiveness, and now healing. I now understand that I needed to go through the process so that I can receive healing (Wright, H. Norman; (2011); The Complete Guide to Crisis and Trauma). However, the good news is, I am okay, and I will be fine as the Lord has promised (John 16). I don’t have to hide behind shame because the Lord has been walking with me on this journey; I still have a way to go, but at least now I have answers, and now I can find solutions.

Moreover, I don’t have to continue soothing my wounds with memes on Facebook, like medications given to patients to control symptoms. I have received healing from my brokenness through counseling, and I will be joining a group, among others, who struggle with the same issues; shame is a beast that keeps us from healing. CBT by Dr. Satterfield and Dr. Perry are other tools that have helped me overcome this beast by changing the way I think. The Bible talks about the renewing of your mind; change the way you think (Romans 5, 8, 12).

Moreover, Leslie Vernick’s, “The Emotionally Destructive Marriage confirmed what I knew in my heart was wrong, and Dr. Henry Cloud permitted me to walk away from toxic people and situations through their books and lectures. It was challenging for me to learn the truth about myself, my patterns, and face them. I will not try to ice the pain; it is excruciating, but so is walking around with shoes that don’t fit! Change is never easy, or you will remain stuck.

Moreover, as I look forward to a New Beginning, I am hopeful. I will leave behind the things that held me captive for too long. The false beliefs I grew up believing, false hopes that I can change others, and the false self that has been governing my mind. Moreover, I am grateful for the lessons of Dr. Henry Cloud, Dr. Perry, Leslie Vernick, Jason M. Satterfield, and my Professors at Arizona Christian University. And my faithful friends and family who have been my support system through this journey.

I am also aware that this is not something that happens quickly, but when I stop and look back at the mountain behind me, I will smile because I know what I left behind was never right for me, or my loved ones because they too have suffered the collateral damage from my choices.

Doyle, Christopher (2018); The Meaning of Sex A New Christian Ethos 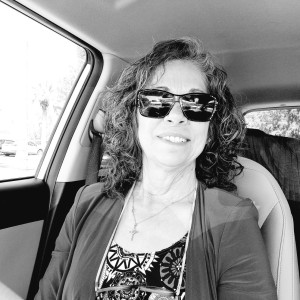 All Posts »
PrevPreviousWhere am I, Where are You?
NextPerspective on your Day’s JourneyNext